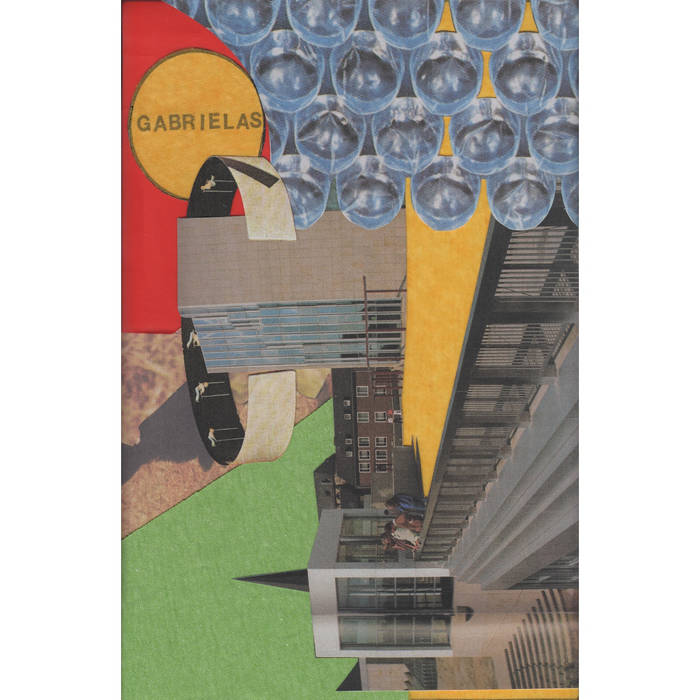 Gabrielas’ self titled tape for Kitchen Leg records features seven haunting songs by the artist, a radio snippet, a jingle from Mumbles and an unreleased track by the Berliner duo Floating Eggs.

Does this name even exist as a living personality?

What is known so far: the name appears in other musical connections such as Bisons, Broken Jokes, Raack.nerei Falk, Rongkong Comas Crime Club, Härte Blüte and Hier Für Zeit. All these experiments together are a rough drawer-style mix of Musique Concrète, New Weird Saxony, Lo-Fi, Noise Folk, Ambient, Krautrock and Post New Wave Pop. So here it is. Gabrielas. Gabrielas does not see itself as a solo project. Gabrielas is a body made up of conversations with the artist Franziska Barcsay about feminism, friendship with Floating Eggs and people like Christine de Pizan and Sojourner Truth whom should never be forgotten. Cherish dreams. Live utopia. Dance with Gabi!

Floating Eggs is a Berlin-based band consisting of Marie Baumgarten of VORSICHT KINDER and Lars Bösch.

An oral tradition has it that the following story took place.

The North German sailor Lars and the East Saxon landlubber Martin met in a small Neukölln galley. Lars dancing, cooking and sweating. Martin dragging, hungry and thirsty. As a token of his love for his culinary arts, Lars received a tape from Martin a few days later. That was the moment that Martin found out that Lars does musical arts with Marie as Floating Eggs. Many afternoons, evenings and sandwiches both tried to describe their music with words. But then. One evening, Lars had finished work and went ashore. He and Martin were sitting in the port of Schilling.

With beer it was sealed what this tape is now.

Bandcamp Daily  your guide to the world of Bandcamp

outré black metal, with a Victory Over the Sun interview and music from Liturgy and Jute Gyte.